The history of classical music sometimes borders on mythology. The music on the Akron Symphony’s Saturday, February 22 program has taken on this fabled, quasi-historical quality — Mozart’s Requiem, Schubert’s “Unfinished” Symphony, and Beethoven’s over-finished Leonore Overture No. 3. Fortunately, in performance the music more than lived up to the story. END_OF_DOCUMENT_TOKEN_TO_BE_REPLACED 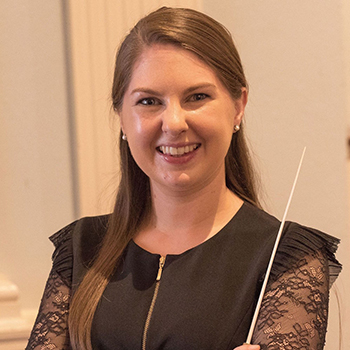 I reached Ni Bhroin by telephone to ask how that chain of events got started. “I had been freelancing in Dublin for five years after my undergraduate degree at Trinity College, and in 2013 I met Jungho Kim, who was finishing his doctorate at Eastman,” she said. “We were Facebook friends, and he posted in 2018 that he was looking for an assistant at Kent State, and that’s how it all started. I applied and I won the position. END_OF_DOCUMENT_TOKEN_TO_BE_REPLACED

END_OF_DOCUMENT_TOKEN_TO_BE_REPLACED

Supported by engagingly, yet simple staging by Cara Consilvio, a well-prepared cast of singers told the archetypal story of Cinderella with charm and flair. Framing the production was  a sparse but colorful set and wonderful lighting by Dave Brooks. END_OF_DOCUMENT_TOKEN_TO_BE_REPLACED